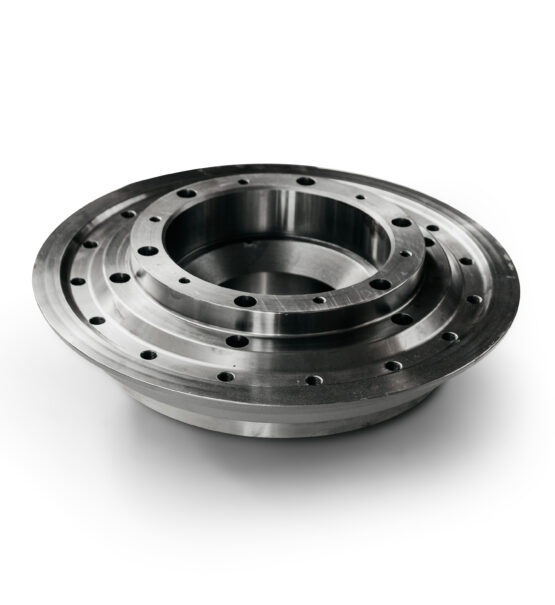 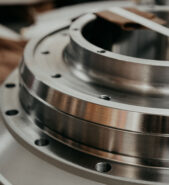 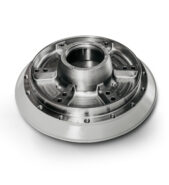 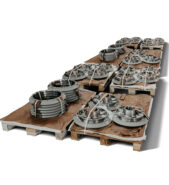 Without them, travel using various modes of transport would just be impossible – invented ca. 3500 BC, they are currently used not only by cars, but also by trams. In rail vehicles, however, the components are somewhat different – they are primarily rim traction wheels, commonly used in municipal transit equipment. Find out what they are made of and how they influence the operation of the structure as a whole.

Similarly to other rail vehicles, the drive system of a tram is decisively much more complex and made up of a greater number of parts. The traction components are made up of a forged or rolled rim made from a forging and machined. There are many guide mechanisms that are differentiated by the way they are applied and constructed. These are:

– bare wheels – known from older rail systems. There exist spoke-based and plate-based systems, composed of the hub and rim with a traction profile,

– driving wheels – they are part of the drive system and are connected to larger systems,

– idle wheels – they are found on the idle axis, and transfer the load of the tram or the locomotive to the track, allowing them to be accelerated along the track.

Rimmed wheel systems then and now.

Some of the best known tram structures are bare components, however, starting in the second half of the 20th century, bare components were used, allowing the reduction of the unsprung mass of the undercarriage, and reduction of vibrations. Currently, components are used made up of an external and an internal plate corresponding to the classic bare system.

The rim is a component fixed directly to the bare structure with an outer and inner traction surface that contacts the track directly. The installation process entails enlargement of the diameter by heating in order to install a traction plate.

Our company offers not only this component, but also others used for the installation of complete drive systems, with the necessary certificates, offering safety of use.