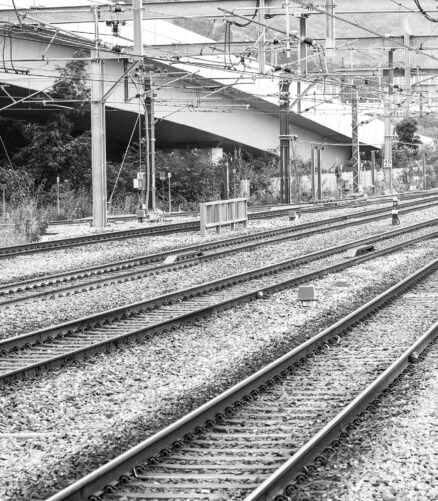 The task of rails is to allow the wheels of vehicles to roll, and to indicate their direction of movement, and, indirectly, via the rail base plates, to transfer pressure from the wheel on to the sleepers.

Rails are fixed to sleepers using fasteners, which are formed by baseplates, bolts or hooks, baseplate screws, grips or spring rings. The connections between subsequent rail sections are made by rail fishplates, screws and spring rings. Currently, railway lines (especially those that operate at higher speeds) commonly use track joining to create longer sections without additional connectors – by way of butt welding of individual rails and by way of thermite welding. Certain countries also apply arc welding. For newer types of surfaces, additional plates are used that are fixed between the rail foot and the baseplate in order to increase friction resistance.